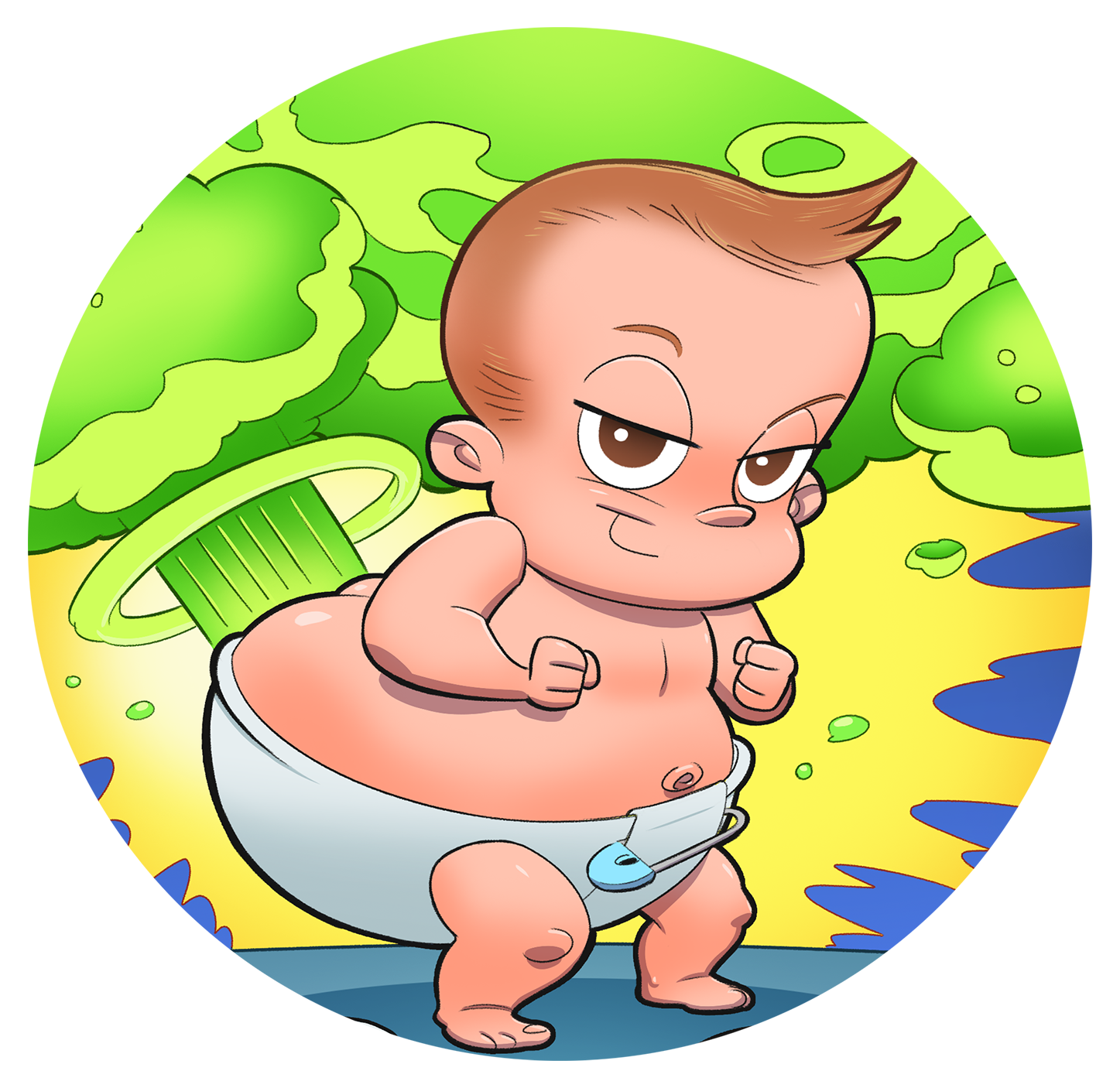 The Birth of Agent Big Butt

We’re on day three of our book tour.

Check out the Protagonist interview on . . .

Favorite movie: AB likes too many movies, but his absolute favorite would be the Rocky movies.

Favorite car: He doesn’t have a car, so he mostly walks around or gets around with his mom or dad.

Most hated person or thing: Dr. Ian, because he’s a constant threat to his family.

If your character wasn’t in your book, he would be doing what instead?  He’d be making “butt-building” videos on late-night informercials, be a spokesman for the toilet paper company “El Wipeo”, act as a wrecking ball for a demolition company, and do a lot of guest appearances and interviews about his butt.

Does he own a pet? If so, please tell us about it: No, he doesn’t own a pet. But if he did, it would definitely not be a dog…you’ll have to read the first book to find out why.

What would your character do in his downtime?: He likes to play on his backyard swing set and sliding down his slide…although, he commonly gets stuck sliding down. But nothing a little olive oil can’t fix!

As the author, do you like this character? Why/ why not?: No…we love this character! AB is one of my most favorite characters ever written. His kind heart, dedication to helping others, his powers, and cuteness are all wonderful, lovable factors I think anyone would adore. His kind heart even inspires me to be a better person.

As the author, would you invite your character over for dinner?: I would love to, but I would be afraid he’d break my chairs. I would have to get specially reinforced, industrial steel chairs because of his big butt!

What guests from any time in history would your character have over for dinner and why?: He’d invite over Nat King Cole. He fell in love with his music while in his mother’s womb.

What would have been your character’s favorite book as a child?: AB is a baby right now. And though he can read and has been reading while in the womb, the superhero business has been taking up a lot of his time. Recently, the only book he’s been able to read himself is the dictionary, and he wanted to look up the word “kindness.” The definition, as you’ll see in the story, really stuck with him!

10 things the reader should know about him:

b) His poop is a glowing green.

d) He really loves his friends and family and would never want to hurt them.

e) He has a crazy doctor pursuing him to dissect his butt so he can determine the source of AB’s powers .

f) He has three bullies bothering him, two of them super mutants.

g) He stopped a bank robbery on the same day he was born.

h) AB has a special name for each of his farts and can control the power and smell of them.

i) He has a terrible fear of needles and heights.

j) He has super hearing and super strength.

About the Book
Every day, each of us is given a chance to be a hero. There’s only one problem…

NOTHING BUT A BUNCH OF BUTS!

Agent Big Butt has a big butt too; he was born with one. Yet, this newborn never lets his enormous butt get in the way. This hero uses his huge, steely butt – which emits the most powerful and lethal gas known to man – to right every wrong he sees. In this new middle-grade novel from Amy Winfield, this superhero baby matches wits with an evil doctor, fights off bullies, challenges villains with equally crazy superpowers and finds his best friend too, all before his first birthday.

There’s a new superhero on the block, and his name is Agent Big Butt, but you can call him AB – the hero with a butt of steel…and a heart of gold.

Leave a reply Click here to cancel the reply